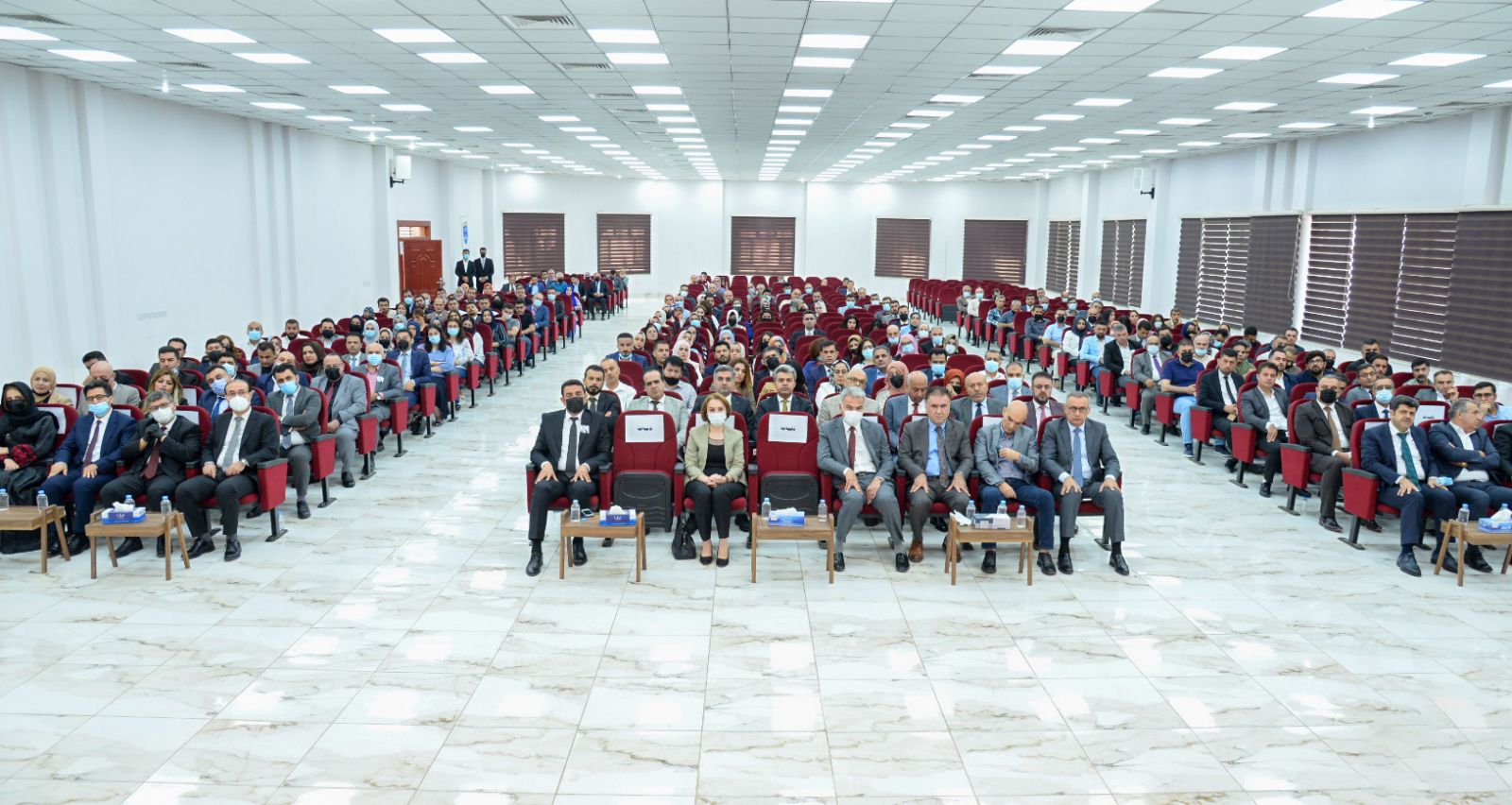 At the beginning of the ceremony, the EPU Rector Asst. Prof. Dr. Kawa Abdulkareem Sherwani Presented a speech in which he welcomed the guests and expressed his appreciation for their attendance in this valuable ceremony. He also congratulated the university lecturers for their remarkable achievements and sustainable success.

His Excellency, the EPU Rector, talked about our university’s progress from its beginning as a higher education establishment and technical Education Board and later Erbil Polytechnic University. He also said, “EPU has witnessed vast development in the quality and quantity of the lecturers and researches and in national and international ranking our university has seen great progress.”

At the end of his speech, his Excellency the EPU Rector welcomed the guests, congratulated the lecturers, and wished them more success. Then, he asked the Kurdistan Region Government Spokesman and the Higher Education and Scientific Research Minister Deputy to offer the honorary certifications to the academic staff.