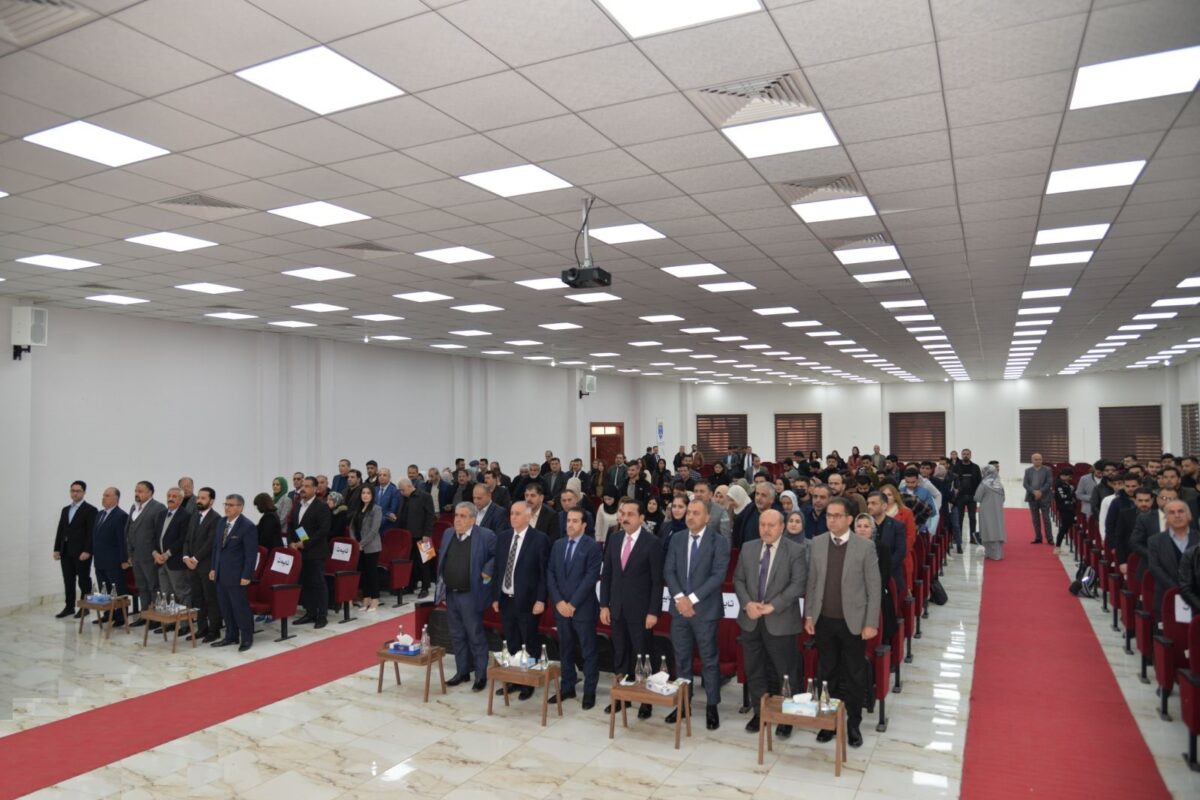 At the beginning of the ceremony, the Vice Rector delivered a speech on behalf of the Rector in which he welcomed the guests and talked about the importance of the project and considered it a modern need. He appreciated the hardworking of the project supervisors Mr. Muhamad Faisal and Ms. Glpa Ali Jukel for successfully accomplishing the project.

Then, Mr. Mohammed Faisal presented a seminar about the project and its history. He also explained that Youth Mappers consists of a group of students, researchers, and lecturers who use technology and available public data to identify and present the obstacles to the development of each country. University students around the world are actively participating in a publicly available program called the OSM Platform, in which students map the place where they live and in turn bring great benefits to their community. He also explained in detail the purpose and benefits of this chapter for Kurdistan in general, experts, government, organizations, companies and even ordinary people. He also explained the main purpose of opening this chapter in the Erbil Polytechnic University, which is to educate and develop the ability of our youth to lead and develop our country through mapping.

The second seminar was presented by Ms. Glpa Ali about how the student group worked in the project and showed their work, activities and projects that have been carried out throughout the academic year (2021-2022), as well as discussing the training that students have benefited so far.

Finally, Mr. Mohammed Faisal delivered another seminar in which he discussed in detail the events of the end of the year (2021) in Erbil Governorate that caused several losses of life and property due to floods and rainfall in several areas of the city Preparing for disasters and how to deliver support to affected areas during disasters, through this project, which is very useful.

Then the door of discussion was opened for the participants and their questions were answered. At the end of the workshop Asst. Prof. Dr. Nageb Toma Bato distributed honorary certificates upon the supervising teachers. Later, the Consultant of the Transportation and Communications Minister Mr. Hastyar Asad also awarded the honorary certificates were awarded to the participated students.

The EPU Youth Mappers Student Chapter consists of a group of students of the Erbil Polytechnic University who work globally to provide humanitarian assistance to the people of all countries by creating maps for where they live, to prepare and facilitate cases where natural and humanitarian disasters occur or have occurred It will be great for governmental and non-governmental institutions and humanitarian organizations. 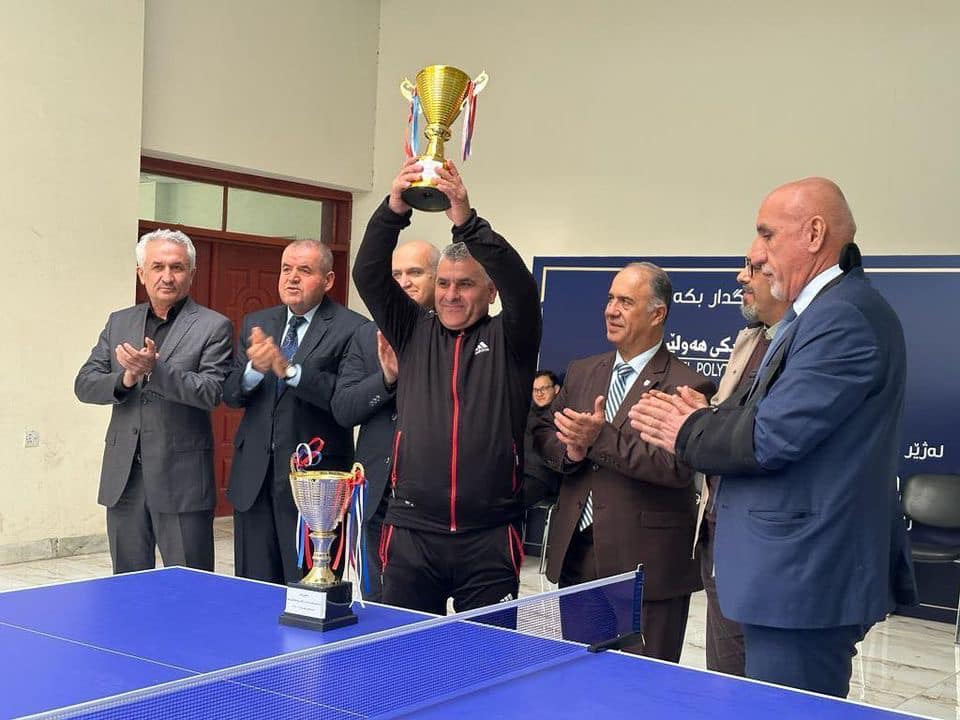 On Monday, the 23rd January 2023, under the supervision of Prof. Dr. Edrees Muhamad Tahir Harki, the Erbil Polytechnic University Rector, Asst. Prof. Dr. Yousef Mustafa Rasul, Vice Rector for the Students Affairs; Mr. Haval Ahmad Akrayi, the Assistant Dean of the Erbil Technology College, Mr. Salar Ahmad Rasul, the Head of ICTE Department of our college, the presidency course for the table tennis and the chess for lecturers, employees and students completed, the final results were announced, and the winners were awarded. The Erbil Technology College won the biggest victory in the table tennis won the first place in the level of teachers, employees and students. Mr. Blend Mohamed Aziz won the first place and became the champion of the table tennis league and student Ibrahim Hassan won the first place in the league and in chess game Hawdam Hatim won the second place in the teachers and employees category and Zeinab Peshraw won the fourth place in the girls’ category. 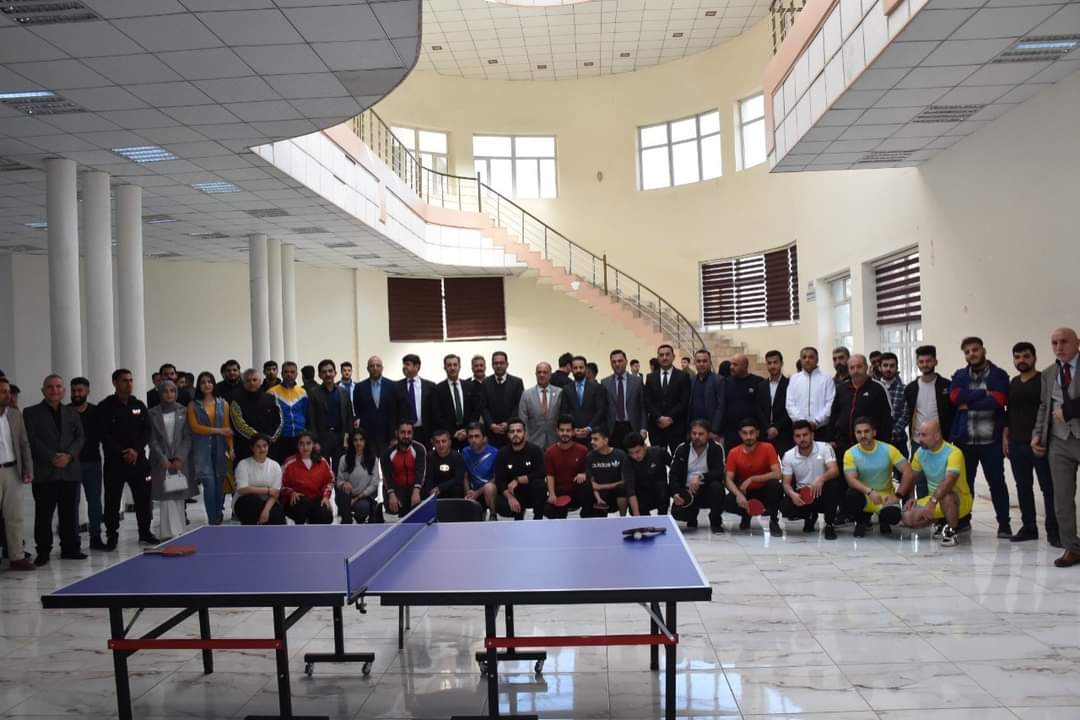 On Sunday, the 22nd of January 2023, in the presence of the Vice Rector for Students Affairs Prof. Dr. Yousef Mustafa Rasul and several deans of colleges and institutes, the Directorate of Activities of the Presidency of the University, opened a table tennis league for teachers, employees and students (girls, boys) of all technical colleges and institutes of the Erbil Polytechnic University that lasted for two days.

Before the start of the tournament, the University Rector delivered a speech in which he congratulated the Directorate of Activities of the presidency and the supervisors of the tournament and wished success to the participants. He also reiterated his support for sports activities and said that they have decided to build several sports projects in colleges and institutes that will serve students.

It is worth mentioning that several matches were held on the first day of the league, on the second day on 23rd of January, the final matches of all three levels were held with the following results:

At the level of teachers and employees:

At the student level (boys):

At the student level (girls): 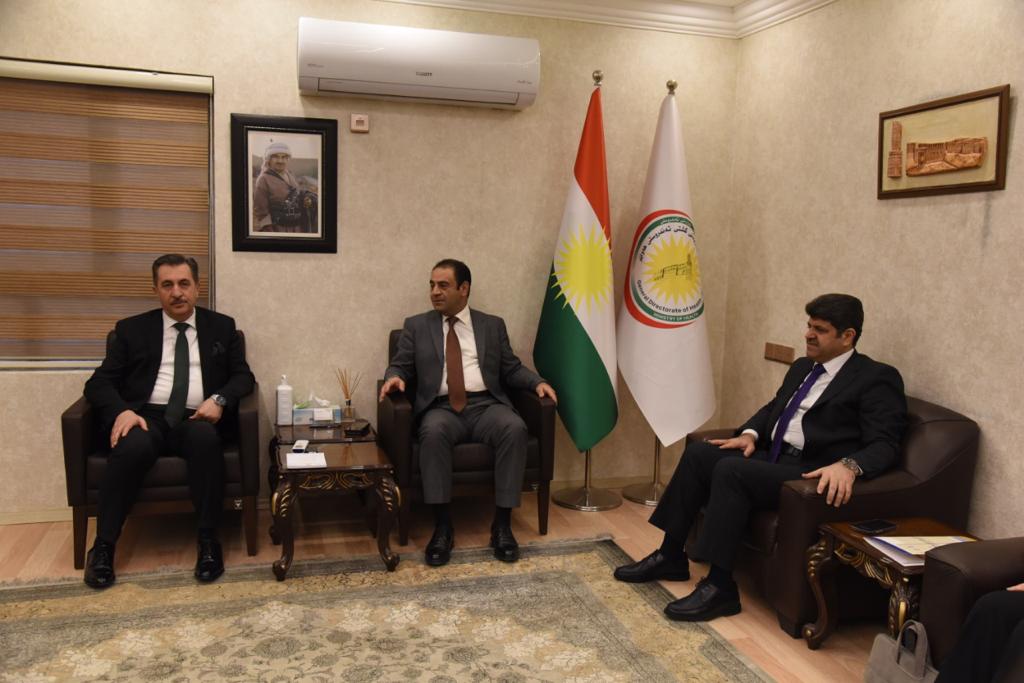 In a meeting where the Vice Rector for Scientific Affairs Asst. Prof. Dr. Nageb Toma Bato, the Dean of Erbil Medical Technical Institute Asst. Prof. Umed Arshad Hawezi, Ms. Media Fazil Jalil, the Head of Quality Assurance and Mr. Hindren Younis Najm, Decision Maker of Nursing Department of Medical Technical Institute were present the issue of the scientific level of nursing was discussed and the collaboration of both sides in scientific issues of nursing was reaffirmed.

in the meeting, they also discussed the closer cooperation and collaboration between the Erbil Polytechnic University and the Erbil General Directorate of Health in order to improve the process of health education and health services in health institutions in Erbil.