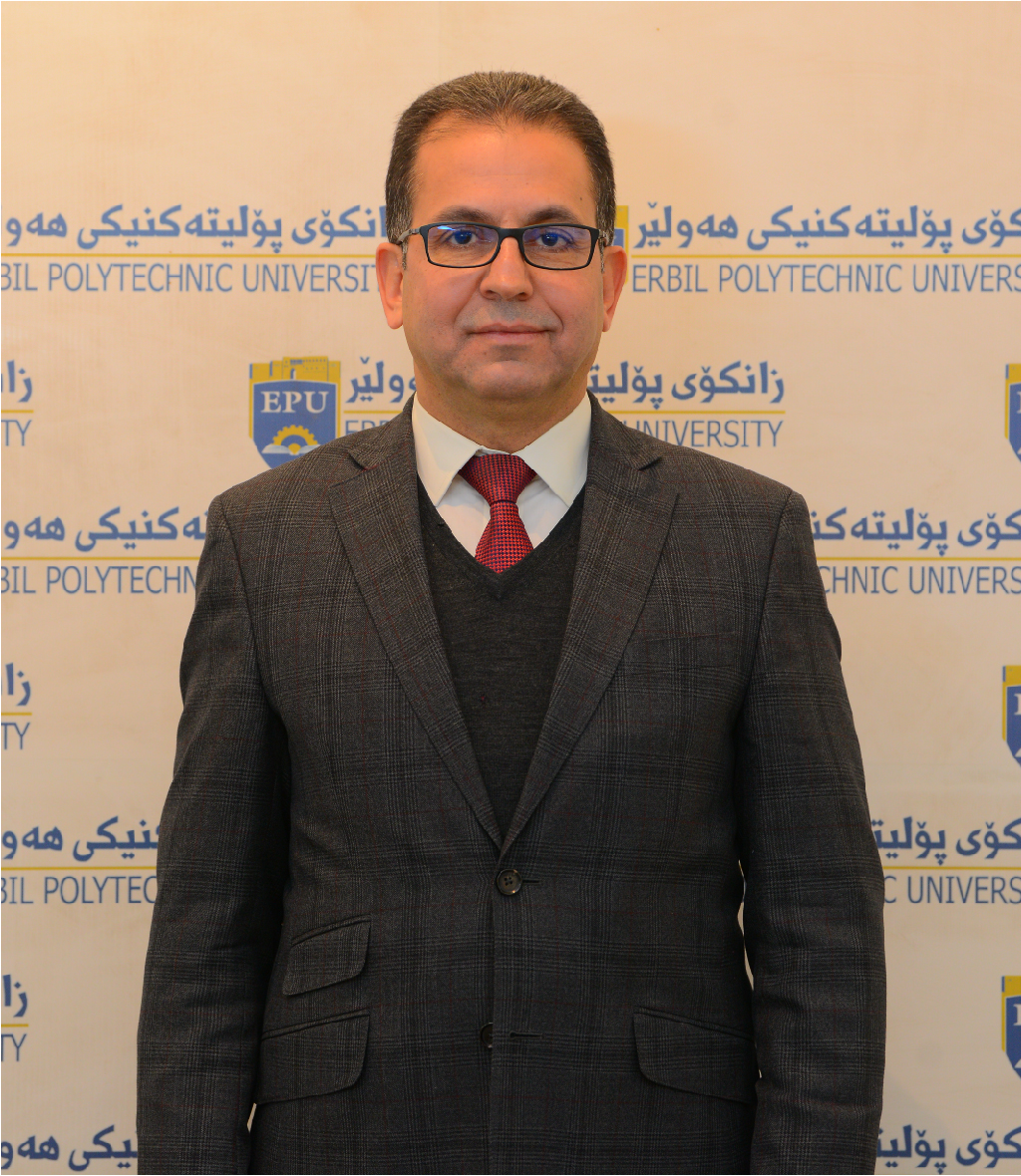 Assistant Professor Dr Botan AL-Hadad has been an academic staff at EPU since 1995. He is now Dean of Erbil Technology College. His BSc in Civil Engineering from University of Mosul, Iraq - 1992, MSc from Salahaddin University (Erbil) -1995, then PhD from the University of Nottingham, UK (2011). He has an extended experience of academic and university leadership carrier beside of his scientific and sophisticated supervision approach for his master and doctorate students. He previously worked as director for international relationship, registration and student affairs and building and construction. He has played an active role in bringing the principles of Bologna Process into the university through committees at Ministry and university levels. His researches deal with transportation based highway alignment and traffic problems using optimization techniques; e.g. Genetic Algorithms, and problems relevant to pavement technology.