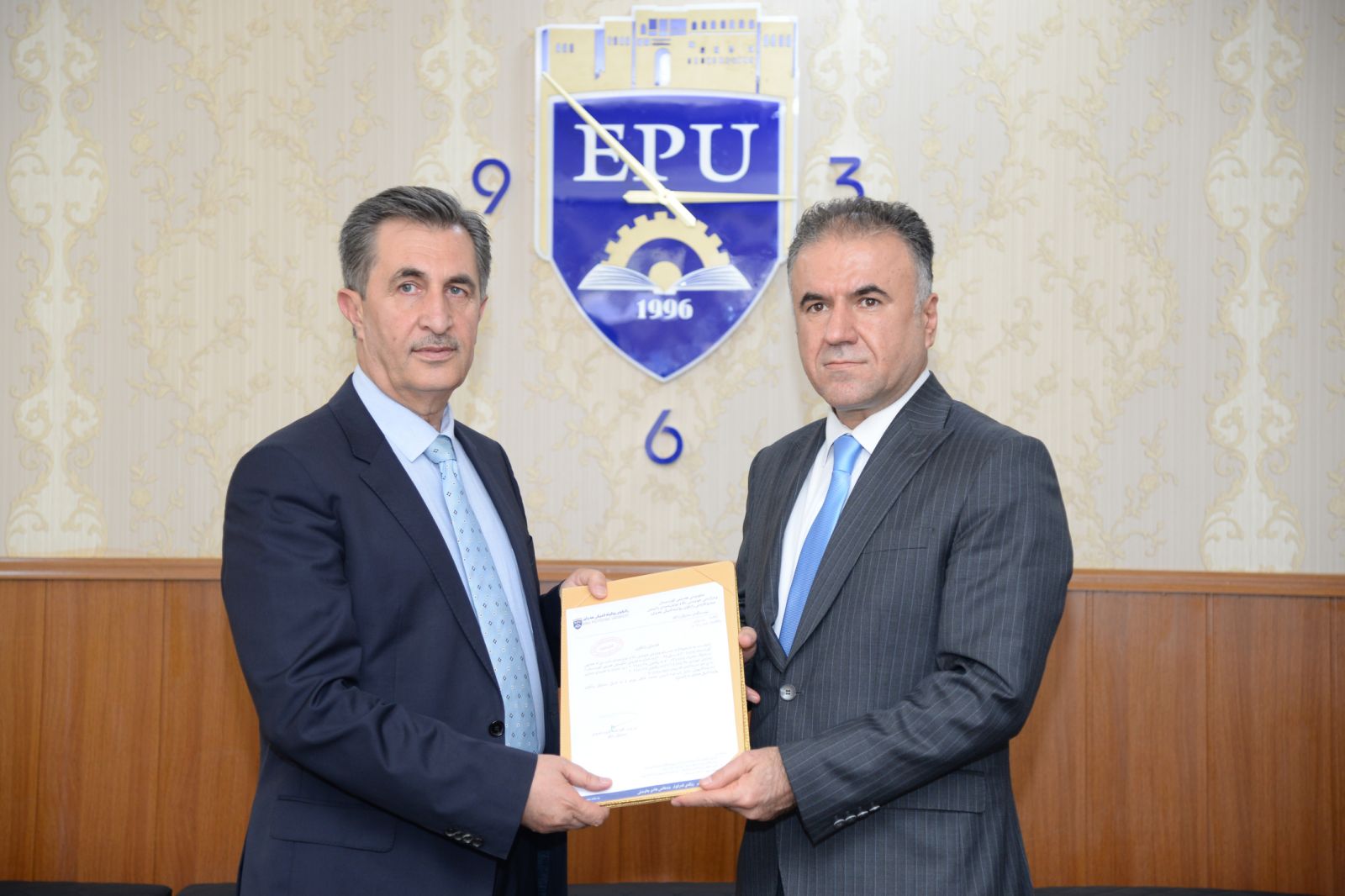 The official handover of the University Rector at Erbil Polytechnic University is done between the Asst. Prof Dr. Kawa Abdulkareem Sherwani and the new Rector Asst. Prof. Dr. Idris Mohammed Harki on the 9th of May 2022 at the Celebration Hall of the Erbil Polytechnic University Presidency. During this celebration, the Higher Education and Scientific Research Minister Dr. Aram Mohammed Qadir, the Higher Education and Scientific Research Minister Deputy Dr. Abdulfatah Abdulrazaq, the Salahadin University Rector, the General Directors, the university academic and administrative staff were present.

At the beginning of the ceremony, the Higher Education and Scientific Research Minister delivered a speech in which he expressed his gratitude and appreciation for the hard work and outstanding achievements of the previous EPU Rector. He said he dedicated a part of his life to serving the university and the higher education sector development in the Kurdistan Region of Iraq and the sustainable development in the Erbil Polytechnic University during his work. For this reason, the Minister asked him to cooperate with the new Rector to implement his duty and responsibility in his work period.

Furthermore, the Minister of Higher Education and Scientific Research wished to succeed and sustain the new EPU Rector and said: “We will collaborate and support you to enhance the scientific projects and develop the university in all fields.

Then, the EX University Rector Asst. Prof. Dr. Kawa Abdulkareem Sherwani presented his statement. He talked about the university’s works and activities and said: “the progress the EPU witnessed during my work is not only due to my work product, but also because of our team work including the University Council Members, directors, academic and administrative staff who dedicated their time and efforts to together accomplish the sustainable development we made in the EPU. Here, I express my warm gratitude towards them. Finally, I congratulate Dr. Idris Mohammed Harki and wish him succeed. I will promise him that I will collaborate with him to more develop the university.”