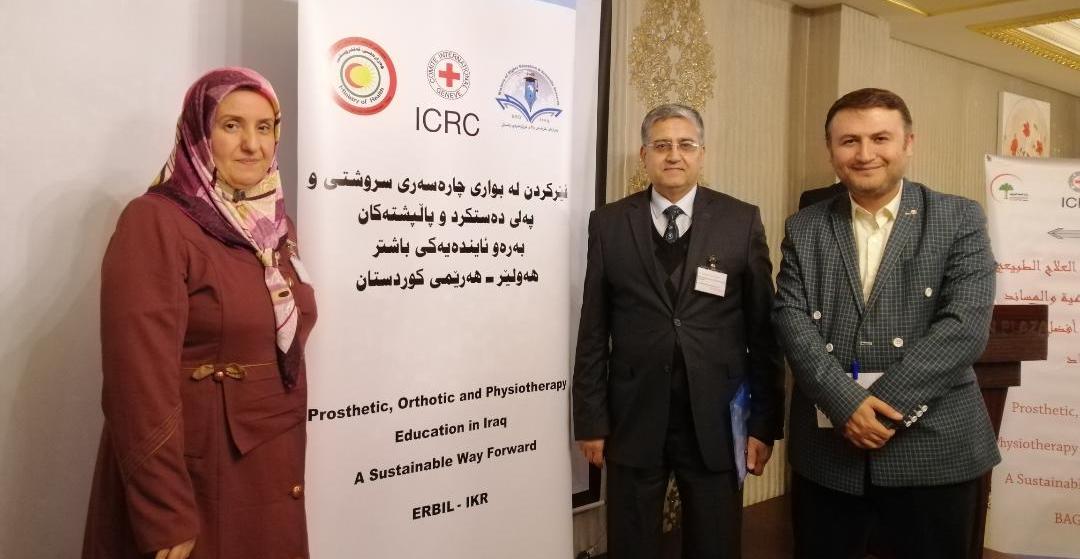 During the workshop, the opening of Prosthetic and Orthotic Department at the EPU Health Technical College were discussed.

Erbil Polytechnic University participated in a two-days educational workshop on Prosthetic, Orthotic and Physiotherapy in collaboration with Ministry of Higher Education and Scientific Research, Ministry of Health and International Committee of the Red Cross between 5th and 6th of December 2018, which was held at DareenPalzaHotelin Erbil.

A number of experts on educational Prosthetic, Orthotic and Physiotherapy in Kurdistan Region, South and Middle of Iraq were present at the workshop. The EPU delegate who participated in the workshop were Assistant Prof.Dr.Hoshiyar Ameen Ahmed:The Director of Scientific Affairs at the EPU Presidency, Dr. Mahdi Khalid Qadir and Dr.Thekra Ali Aziz in Erbil Health Technical College.

During the workshop, the obstacles facing these kinds of studies, strategies to address the problems and plans to develop it were outlined. The participant also discussed the opening of the new Department of Prosthetic, Orthotic and Physiotherapy at the Erbil Health Technical College as a model department for the whole Iraq and it is the first of its kind in the Middle East supported by International Committee of the Red Cross.